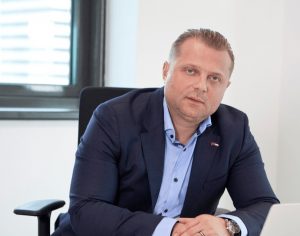 About business in constructions, in times of crisis, and the help provided by an EMBA program

We woke up on a Thursday morning in another world. With deserted streets, with other rules, with people with fears and anxieties they we could not have imagined a few days before. Nothing was the same anywhere.

In constructions, usually no day is like the other. Nothing is repetitive. This time … I had no idea what was working and what not. Stock markets were falling everywhere, in Italy it was a continuous tragedy, the countries were closing one after the other, the international shipments were being canceled one by one, we could no longer rely on anything.

And then we went back to basics, to pure theory, lessons learned, books, and business cases we worked with during the MBA program. We went back to school, basically. I knew from Laura Mays that: “I should keep the airplane flying before everything” and from John Millar that: “The worst thing you can do is nothing”. We all know that “the elephants can be eat by slices”, but it’s important to know how to “slice” and that’s what I learned at Tiffin University.

I don’t know why in the first part of the crisis the”Death on Everest” business case kept coming to my mind. I resumed the notes and discussions from eight years ago, from class. I realized that we are coming out of the current crisis somehow, at some point, but we are certainly only coming out if we know how to communicate clearly and neat. And that’s what I did. I communicated with my colleagues, customers, suppliers, I put aside the entire formalism and I communicated clearly, directly and open.

Oh, I was forgetting one of the most important things! If, 8 years after graduation, in this kind of crisis, a former MBA colleague calls you and says, “Just as I would always rely on you to help me, know that you can always rely on any help you would need! ”, means that what happened there, during classes, on those long weekends, was real and had such an effect that will last for many years.

Sign up now to join the Tiffin Executive MBA program!

We lead the way towards CARBON NEUTRALITY

We lead the way towards CARBON NEUTRALITYread more
Load more

Fill in & we’ll get back to you

In recognition of its high standards that promote academic excellence, Tiffin University is accredited by four prestigious accrediting bodies in the United State of America and in Europe.

I have read and agreed with Terms and conditions